Want even more eggs in your basket this Easter? Keeping to its reputation, Google has continued to surprise and amuse users with its little hidden gems. From games and tricks to practical jokes, there are a countless number of Easter eggs concealed in the search engine – some of which we probably haven’t even discovered yet!

Check out 7 of our favourite, little-known Easter eggs the slick designers and developers have hidden in Search, Maps and more! 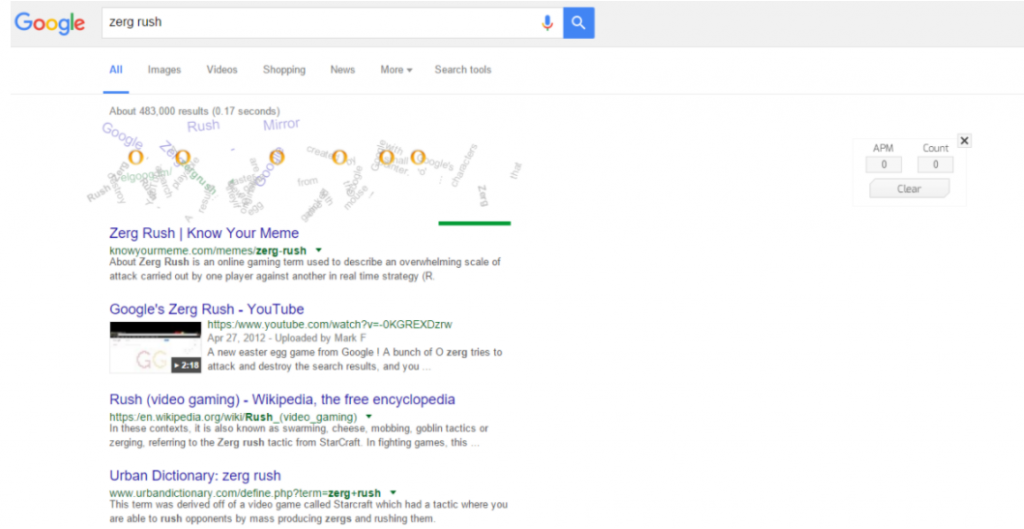 Search for ‘zerg rush’ and an army of Google O’s will start attacking and destroying the search results, and then take over the entire page. The aim is to defeat them by clicking on the O’s until they disappear, but you have to move pretty fast!

The search term is a tip of the hat to the online game StarCraft and one of its popular real time strategies of having a huge number of players attack and overrun another player. 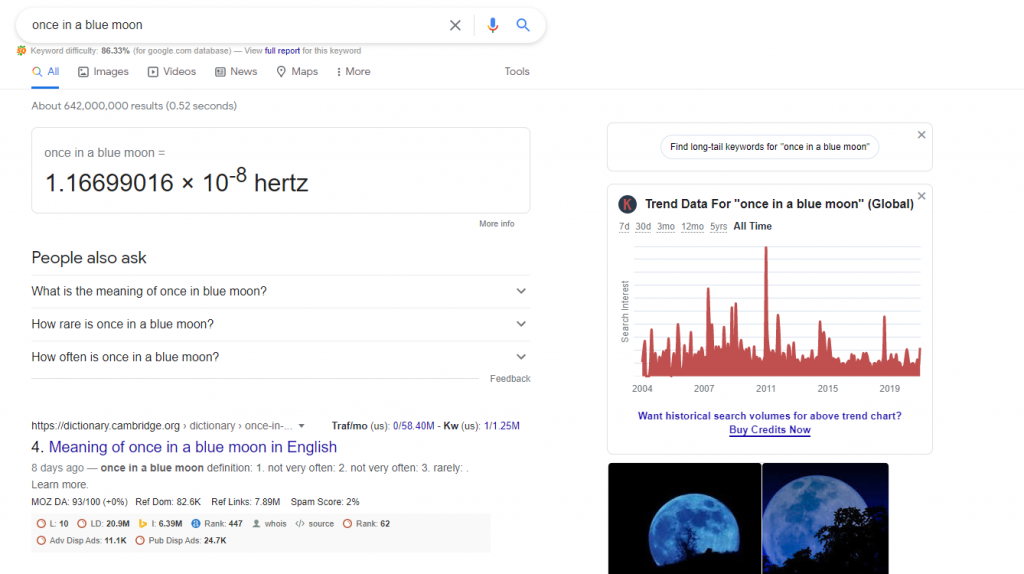 Try this one: search for ‘once in a blue moon‘ and you’ll be given a complex, tongue-in-cheek calculation that implies its definition. 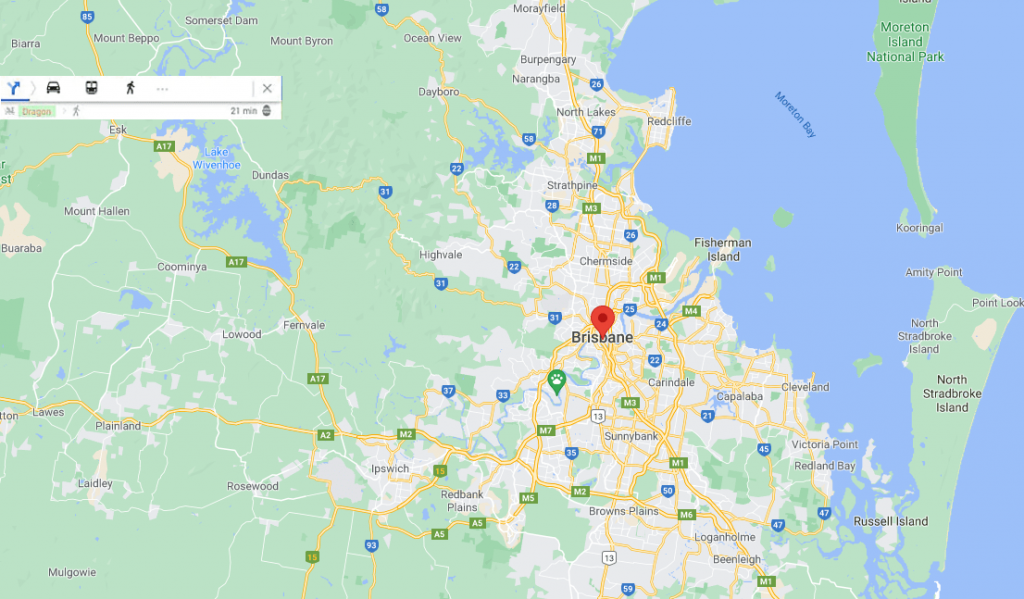 Navigate your way from the Welsh mountains Snowdon to the Brecon Beacons in Google Maps, and you’ll be given the option to travel by dragon as well as your regular driving, walking and cycling routes. 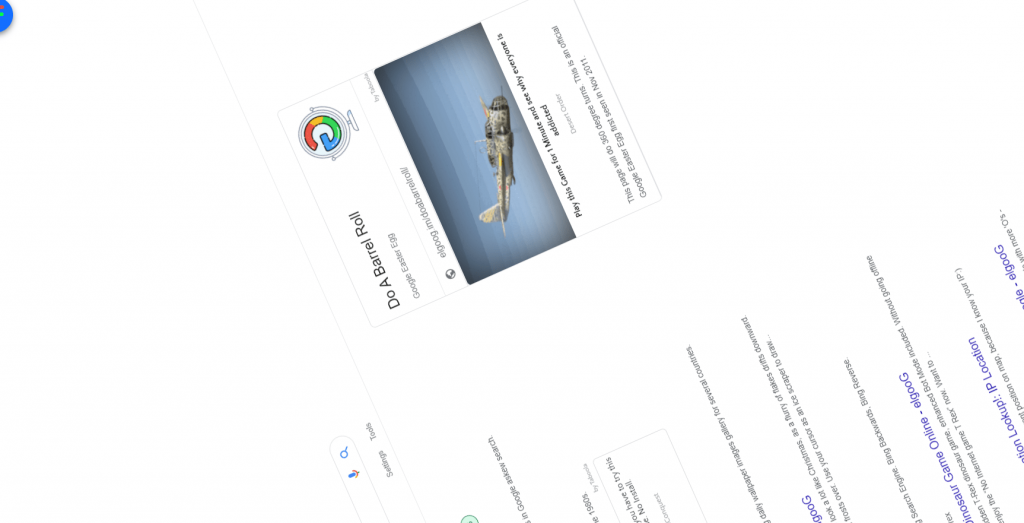 Search for ‘do a barrel roll‘ or ‘z or r twice‘ and the results page will do a full spin, in homage to the classic Nintendo video game Star Fox and its famous quote by Peppy Hare: “Do a barrel roll!”

And in case you’re wondering, the command to trigger the barrel roll in the game is pressing – you guessed it – z or r twice.

Super simple but still clever, searching for ‘askew‘ will give you a slightly tilted results page, shifted just a few degrees down and to the right.

The same thing used to happen when you searched for the word ’tilt’, but Google has since removed this association. 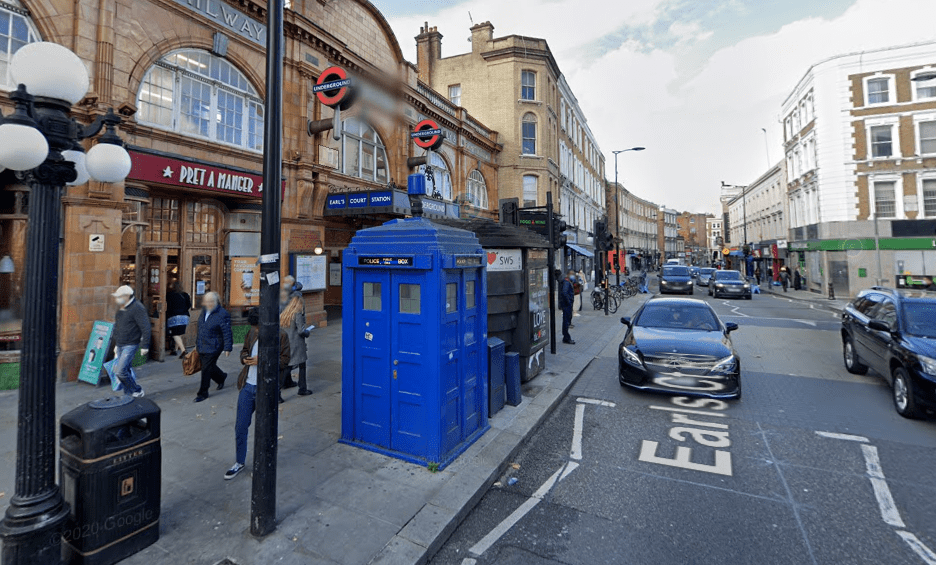 Click on the ‘X’ on the ground to go inside – where it really is ‘bigger on the inside’ – and check out the actual set used in the hugely popular show.

Doing a Google Image Search for ‘atari breakout‘ will turn your results into an image version of the much-loved Atari arcade game, Breakout.

The game uses the Google image results as bricks, and if you win the game you level up and get to keep playing with another random search term. Say goodbye to workplace productivity!

What’s your favourite Google Easter egg so far? Let us know in the comments what you’ve discovered!

How to Write the Perfect Title Tags for SEO

How to Write Content for Humans and Search Engines

How Your Site’s CRO Affects Your SEO

How to Advertise on Social Media – The Basics

5 Things Agencies Don’t Want to Tell You About SEO

5 Proven Ways to Brainstorm Topics for Your Blog

Does Link Building Still Do Anything for Your SEO?

How to Create Content that Humans AND Google Will Love

Round 2 of Government Grants for Small Businesses

What Have Australians Been Searching About the Coronavirus?

Why SEO and Content Marketing Make the Perfect Match

What is an SEO Specialist? And How Can They Help Your Business?

What is Google Optimize and how can you use it for your business?

The Latest SEO Ranking Factors You Need to Know About

Digital Marketing Basics All Small to Medium Businesses Should Know

5 Fixes To Immediately Improve and Optimise Your Conversion Rate

A Rundown of Google’s Guide for its Core Algorithm Updates

SEO vs PPC – What Most People Forget

Your Insta Likes Are Gone. Now What?

Google’s June 2019 Broad Core Algorithm Update is Out – Will It Affect Your Site?

B2B Queries on Smartphones: What You Need to Know About

What we know about the latest broad core algorithm update: March 2019 Core Update

SEO Myths That We Just Can’t Seem to Shake

How the right SEO can strengthen your company’s brand

Fall in Love With SEO This Valentine’s Day

How to Get More Reviews on Google

Your Guide to Google My Business

Google+ is Shutting Down (and what it means for you)

Things we all hate about the internet??

The Latest Google Broad Core Algorithm Update: What You Need to Know

Write a Better Blog with This Five-Point Checklist

All You Need to Know About the Upcoming Google Ads Changes

Build a Strong Future with SEO for Your Construction Business

How to Increase In-Store Customers with Digital Marketing

Why SEO is Still Necessary for Your Business in 2018

Why Every Online Store Should Sell on Google Shopping

How to Effectively Utilise Digital Marketing for Your Real Estate Agency

SEO or SEM – Which is Better for Your Business?

Digital Marketing Trends in 2018 – What Can We Expect?

How to Lose Your Rankings in 10 Days

Just Google It: A Brief Look at the Many Faces of Google

Which Social Media Platform is Right for Your Business?

6 Ways Your AdWords Strategy is Failing

Content and the Marketing Funnel: Are You Speaking to Audiences at Every Stage?

Everything We Know to Date About ‘Fred’ – Google’s Newest, 100% Unconfirmed Update

How And Why You Should Still Use Heading Elements

Title Tags – Attract the Right Audience with a Powerful Title

SEO Tips: Why Responsive Design is Better Than a Mobile Version

How to Tell if Your “Google People” are Performing

Why “I Just Want Links” Won’t Get You Results

Networking: A Powerful (But Underused) SEO Tool for Business Owners

SEO is an Investment, Not an Expenditure

How to Rank Faster by Front Loading your SEO Budget

How to Break Down that Wall of Text and Boost Readability

How to Disable Related Videos in Embedded YouTube Clips