Google releases hundreds of minor algorithm updates every year and part of this involves testing in isolated verticals.

For a brief window today, Google UK was showing a heavily reduced meta description in the SERPs. As shown in Reddit user daamsie’s post and screenshot below, the descriptions appear to be under half their normal length and weren’t particularly helpful at all. 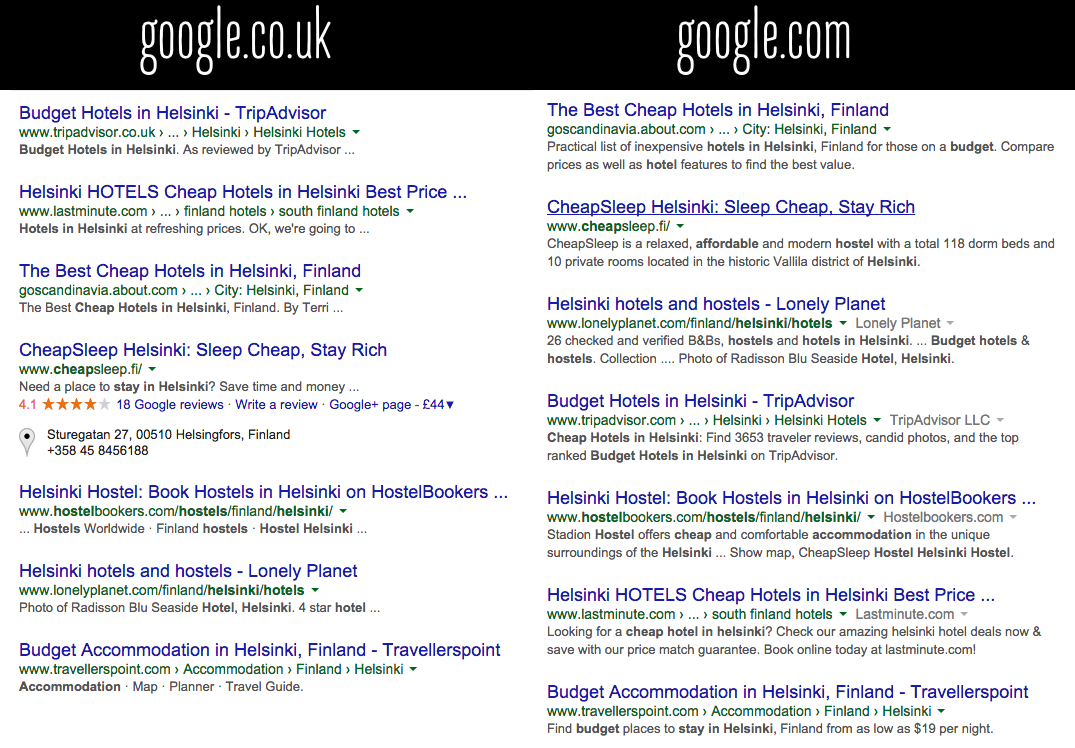 What could this update mean for search?

Whether this was a short-term issue or testing a potential update is unclear. What we do know is Google has paid no attention to meta descriptions for some time now so could it be that they’re phasing them out completely? Perhaps this format forms part of their next major update?

It wouldn’t be the first time in the past 12 months that they’ve changed and eventually removed features we’d grown accustomed to, stripping away authorship photos from the SERPs, followed quickly by removal of authorship in general.

Since it did happen for such a short window of time, we have little information right now, such is the way of the SEO industry!

While our initial reaction may be frustration at how useless our meta descriptions just became, it may turn out to be a good thing long term of it were implemented. Shorter snippets mean more screen real estate which is always a positive for mobile search. More importantly, it would also force SEOs to use clear and concise descriptions to highlight the page’s intent.

On the other hand, the negatives of this layout are obvious (the need to rewrite all of our meta descriptions, less room for Google-generated snippets etc) but could this be part of a greater change in the works?

For the time being we’re crossing our fingers and hoping this is the first and last time we’ll see this appear in the SERPs.

What do you think? Temporary testing or Google’s latest bold update to the SERP layout?

Did you see this change in any of your searches today?

How to Write the Perfect Title Tags for SEO

How to Write Content for Humans and Search Engines

How Your Site’s CRO Affects Your SEO

How to Advertise on Social Media – The Basics

5 Things Agencies Don’t Want to Tell You About SEO

5 Proven Ways to Brainstorm Topics for Your Blog

Does Link Building Still Do Anything for Your SEO?

How to Create Content that Humans AND Google Will Love

Round 2 of Government Grants for Small Businesses

What Have Australians Been Searching About the Coronavirus?

Why SEO and Content Marketing Make the Perfect Match

What is an SEO Specialist? And How Can They Help Your Business?

What is Google Optimize and how can you use it for your business?

The Latest SEO Ranking Factors You Need to Know About

Digital Marketing Basics All Small to Medium Businesses Should Know

5 Fixes To Immediately Improve and Optimise Your Conversion Rate

A Rundown of Google’s Guide for its Core Algorithm Updates

SEO vs PPC – What Most People Forget

Your Insta Likes Are Gone. Now What?

Google’s June 2019 Broad Core Algorithm Update is Out – Will It Affect Your Site?

B2B Queries on Smartphones: What You Need to Know About

What we know about the latest broad core algorithm update: March 2019 Core Update

SEO Myths That We Just Can’t Seem to Shake

How the right SEO can strengthen your company’s brand

Fall in Love With SEO This Valentine’s Day

How to Get More Reviews on Google

Your Guide to Google My Business

Google+ is Shutting Down (and what it means for you)

Things we all hate about the internet??

The Latest Google Broad Core Algorithm Update: What You Need to Know

Write a Better Blog with This Five-Point Checklist

All You Need to Know About the Upcoming Google Ads Changes

Build a Strong Future with SEO for Your Construction Business

How to Increase In-Store Customers with Digital Marketing

Why SEO is Still Necessary for Your Business in 2018

Why Every Online Store Should Sell on Google Shopping

How to Effectively Utilise Digital Marketing for Your Real Estate Agency

SEO or SEM – Which is Better for Your Business?

Digital Marketing Trends in 2018 – What Can We Expect?

How to Lose Your Rankings in 10 Days

Just Google It: A Brief Look at the Many Faces of Google

Which Social Media Platform is Right for Your Business?

6 Ways Your AdWords Strategy is Failing

Content and the Marketing Funnel: Are You Speaking to Audiences at Every Stage?

Everything We Know to Date About ‘Fred’ – Google’s Newest, 100% Unconfirmed Update

How And Why You Should Still Use Heading Elements

Title Tags – Attract the Right Audience with a Powerful Title

SEO Tips: Why Responsive Design is Better Than a Mobile Version

How to Tell if Your “Google People” are Performing

Why “I Just Want Links” Won’t Get You Results

Networking: A Powerful (But Underused) SEO Tool for Business Owners

SEO is an Investment, Not an Expenditure

How to Rank Faster by Front Loading your SEO Budget

How to Break Down that Wall of Text and Boost Readability

How to Disable Related Videos in Embedded YouTube Clips